How did In-Site and John’s Crossing begin 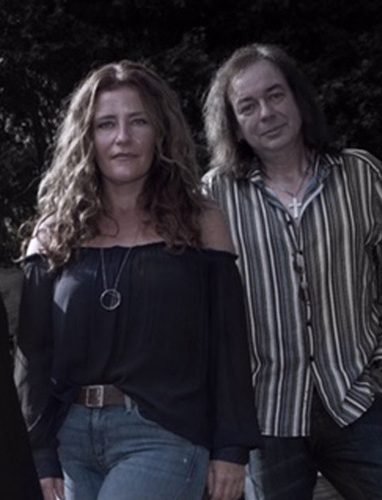 and what is the connection to God?

Both started off under the same circumstance. For a small time I was playing for different secular and worship bands, hoping to figure out what I was doing and where I was going. At that time my daughter had come home to live with me.

She had a pet that she was very fond of. So after they moved in I also became very fond of it. At some point her pet started getting sluggish and sick. As the days kept progressing, so did the sickness. We brought her to a vet to find out that she had contracted the sickness from a serious virus. The vet didn’t give the pet very much hope, but gave instructions and medicine to try and see what could happen. The pet stopped eating and wouldn’t take the medicine. As time passed she became weaker and weaker, barely able to even sit or stand. We had become upset beyond expectation and I had gotten into the habit of asking our Lord to just give me strength to get through all of our problems, not to fix them, on the belief that we all have to go through things, as a clay pot has to go through the kiln, to make us stronger.

This little life might not seem to be significant to another person. But it sparked a different feeling in me. As I sat in my kitchen watching her fall over for what looked to be the last time, I cried out to God asking for a miracle only he could give. I asked my Lord to spare this small life. If he did, I would make a promise to glorify his name in music and also personally put it out to the world. About 10 minutes later I watched this animal get up off the floor, go over to her food, and start eating. As the days went on she became stronger and healthier, eating and taking her medicine. Today she lives a happy and normal life. A true miracle and gift from god.

Shortly after that, I had gone to see My good friends, the Zazulas. We had all recently worked together on a hurricane sandy benefit that was very successful and were wondering what the next thing for us would be. I had explained what I wanted to do and my intentions for In-Site Records and John’s Crossing. As much as I wanted them to be a part of it all, they in turn wanted to be a part. That told me a lot about these wonderful people. To this day and forward they have been and will be a part of our great mission to get out and give the word of God and wise counsel in our music. I feel so blessed that we are all together for the same cause.